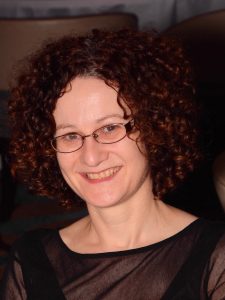 Note: The Girl Who Wasn’t There is the US Title for Girl in the Window. This is the same book!

I write Young Adult thrillers and mystery novels. Things the Eye Can’t See (Egmont 2020), The Girl Who Wasn’t There/ Girl in the Window (Sourcebooks Fire 2020/ Egmont 2018) and I Have No Secrets (Egmont 2017/Sourcebooks Fire 2019) are all told from the viewpoints of unusual protagonists whose voices are often not heard.

Kasia in ‘The Girl Who Wasn’t There/ Girl in the Window’ has ME/ CFS and is housebound. She has not been downstairs for ten weeks. From her window she sees what looks like an abduction and she thinks she sees a girl at the window opposite who may have seen too. But no one has been reported missing and she is told there is no girl at the house opposite…

Jemma in ‘I Have No Secrets’ has severe cerebral palsy. She is the only person who knows the identity of a murderer but she cannot move or communicate.

Libby in ‘Things the Eye Can’t See’ is visually impaired and a guide dog owner. She becomes involved in a search for a missing boy…